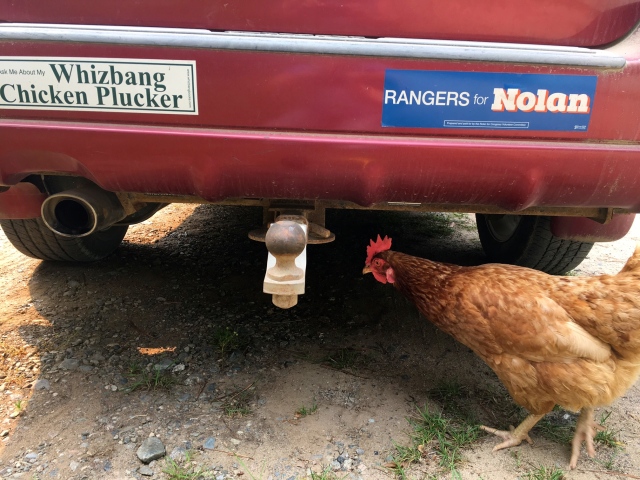 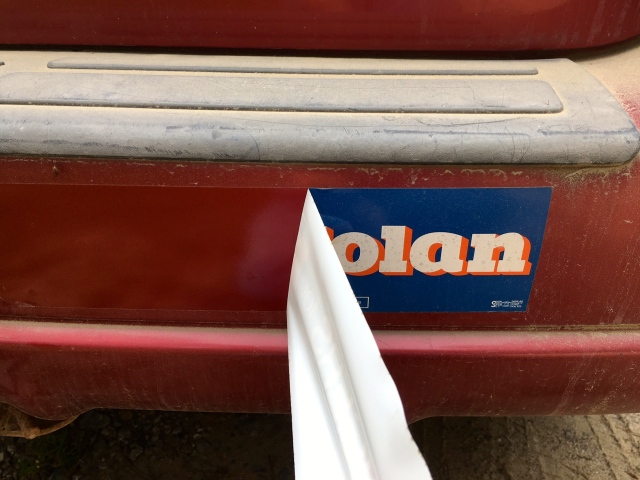 A few days ago I walked out to our driveway and pulled my RANGERS FOR NOLAN bumper sticker off my old Subaru. Take THAT, Nolan!

Our Minnesota Eighth District Congressman Rick Nolan, on most issues a principled Democrat, has morphed into a Trumpian dissembler and climber-into-bed-with-the-devil over the issue of sulfide-ore mining in the pristine watershed of the Boundary Waters Canoe Area.

It is painful to hear and read the things coming out of Nolan’s mouth. It is also scary to think he may be putting himself in a precarious position to be re-elected in 2018 because of this stance. Five cases in point:

1.) Nolan is making egregious and dubious claims about the economic promises versus the environmental risks of sulfide-ore (also known as copper-nickel) mining. He—or someone on his staff—needs to spend a couple of hours reading A Short Course Handbook on the Environmental Geochemistry of Sulfide Mine-Wastes (a 1994 publication of the Mineralogical Association of Canada edited by D.W. Blowes and J. L. Jambor and available as an e-book on www.worldcat.org). As this document makes clear, what poses the real and lasting threat of sulfide-ore mining is the long-term (think centuries) storage of the toxic tailings long after a copper-nickel mine has shuttered and the owners of the multinational mining conglomerates are long dead and have passed on their treasures to their heirs. The vast capital of mining never stays in the communities where the mines are situated. Another informative book Nolan et al. should read is Boom, Bust, Boom: A Story about Copper, the Metal that Ruins the World, by Bill Carter.

2.) At the same time, Nolan chooses to ignore the economic benefits derived from the varied and sustainable businesses that thrive on eco-tourism and outdoor recreation in and surrounding the Boundary Waters Canoe Area while putting in jeopardy the water quality and safety of one of the most unspoiled watersheds in North America.

3.) To confuse things even more and make it look like water-and-landscape conservationists are anti-mining and anti-mine worker, Nolan misleadingly tries to conflate sulfide-ore mining with iron-ore mining, which has been the backbone of the mining industry on the Iron Range for more than a century, when the two mining processes are not comparable and have different time horizons and environmental impacts. While I cannot speak for every last one of us, my sense is that most of us who oppose sulfide-ore mining in the BWCA watershed are taking no issue with iron-ore mining. And there is broad support among us for labor unions and mine workers.

4.) He echoes those who claim the Boundary Waters Canoe Area “belongs” to Iron Rangers when in fact the BWCA, like all national parks and wilderness areas, belongs to all the citizens of the United States. He gets away with this parochial blather because the thousands of people across America who advocate for protecting the BWCA from sulfide-ore mining do not vote in Minnesota’s Eighth District. The definition of what is an “Iron Ranger” is also troubling and personally annoying. My husband and I were not born on the Iron Range but have chosen to retire here—in large part because of the tranquility and beautiful landscapes and waters. We own property on which we have paid taxes since 1989. We vote here. We shop locally. We volunteer in our communities. We are hard working and pro-union and respectful of all other hard-working people, including sleeping car porters, steelworkers, and mine workers. So we think of ourselves as Iron Rangers who respectively think sulfide-ore mining is not in the best interests of the Iron Range and Iron Rangers.

5.) Nolan touts as “bipartisanship” his recent cheap-shot alliance with Minnesota’s Sixth District Republican Tom Emmer to eliminate funding for an already begun U.S. Forest Service study of mineral leases in the Boundary Waters watershed, which they tacked on as an amendment to a huge omnibus spending bill. Trump’s Secretary of Agriculture Sonny Perdue has recommended that this study proceed and Republican Congressman Erik Paulsen from Minnesota’s Third District opposed the Nolan-Emmer amendment.

About the passage of this stealth amendment, Nolan provided this gobbledygook in his online newsletter to constituents: “My Minnesota Republican colleague Tom Emmer and I also teamed up to pass an amendment to ensure the integrity of the environmental review process for any future mining projects that might take place in designated areas of Superior National Forest. “ Say what!? That sentence is classic Trump-speak. Representative Nolan, your amendment does exactly the opposite of ensuring integrity of the environmental review process.

Nolan is trying to get reelected in 2018 in a district that in the last decade has started to abandon its Democratic-Farm Labor roots and has grown evermore conservative. He barely won in the last two cycles—by a 2% margin in 2014 (winning by 4,000 votes), which narrowed to a 1% margin in 2016 (winning by 2,000 votes). The sprawling Eighth District encompasses 18 largely rural counties and stretches from the Canadian border to the suburbs of Minneapolis-St. Paul. Nolan carried only six of those counties in 2016 and only one (St. Louis County, which includes the city of Duluth) by a wide margin. Hillary Clinton, while carrying Minnesota, fared worse than Nolan in his district. Of the 18 counties, she won only four, three by very narrow margins. Her widest margin was in St. Louis County, thanks to the urban Duluth vote. As of September 2017—14 months from the election—the National Republican Congressional Committee has already started rolling out ads targeting Rick Nolan.

I am not a political animal, but I think Nolan is taking some big risks with his headlong rush to embrace sulfide-ore mining and its proponents. I assume his calculus is that he can get away with insulting and alienating people like me— constituent-voters who support 90 percent of his agenda but oppose sulfide-ore mining in the Boundary Waters Canoe Area watershed.

To win in 2018, Nolan can’t afford to lose any of the 180,000 people who voted for him in 2016. Does anyone know what percentage of those 180,000 voters is opposed to his pro-sulfide-ore-mining stance? And of that percentage, how many voters on November 6, 2018, would decline to vote for Nolan on principle?

Those defecting voters, whether they sit out the election or vote for a third-party green candidate (if there is one), will in essence be handing their votes to the Republican candidate—and ensuring one less Democrat in Congress. For that very reason, Nolan is betting those voters when push comes to shove will not abandon him, but if he keeps up his rhetoric on sulfide-ore mining he is doing so at his own peril.

Should Nolan be worried that I pulled his bumper sticker off my car?

For an astute assessment of Nolan’s retreat from reason, see this editorial by Marshall Helmberger in the Timberjay: http://timberjay.com/stories/nolans-talk-is-cheap,13574

Aaron Brown is an excellent source for Iron Range culture, politics, and economy. Here’s his summary of Nolan’s 2014 race: http://minnesotabrown.com/2014/11/rick-nolan-undefeated.html

On Nolan’s outlook for 2018: http://thehill.com/homenews/campaign/349543-minnesota-set-for-pivotal-house-battles

This entry was posted in Conservation. Bookmark the permalink.

1 Response to Take THAT, Nolan!