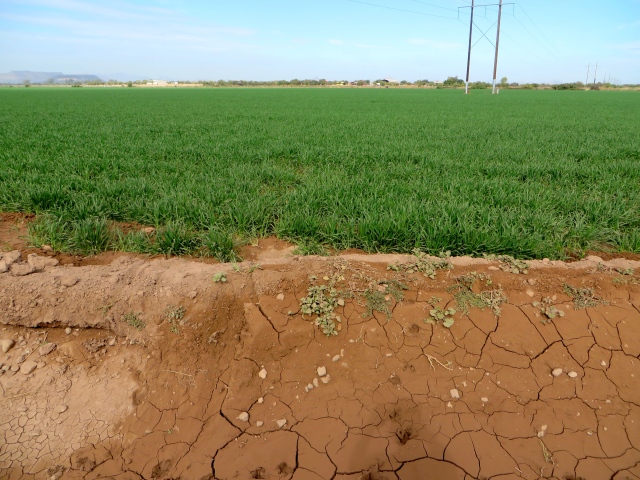 Winter wheat on the coastal plain of Sonora.

The smell of burning brush, skeins of smoke on the horizon, the sluicing sound of captive water.

We are birding the coastal plain of Sonora just west of the Agiabampo Estuary, a tidal body on the Sea of Cortez. It is December. We travel on grids of dirt roads amid plowed fields passing the occasional man on tractor or man on foot in white rubber boots who is manipulating the flow of water in the vast arterial system of concrete and earthen irrigation canals carrying water mined from the Rio Mayo. Most of the fields have not been planted. A few are starting to sprout their harlequin-green carpet of winter wheat. Almost all the winter wheat produced in Mexico is grown on the coastal plain of Sonora and Sinaloa under irrigation.

I call it the Iowazation of northwestern Mexico.

People have been reworking this landscape for millennia, but the relentless, leave no tree or cactus standing, dam and channel every river draining the Sierra Madre Occidental has been proceeding at ever massive scales since the plant geneticist Norman Borlaug, with the help of Mexican President Avila Camacho, the U.S. government, and the Rockefeller Foundation, brought the “Green Revolution” to Mexico in the 1940s. It’s green all right, weirdly green, one shade of green. Better to call it the Green Devolution. 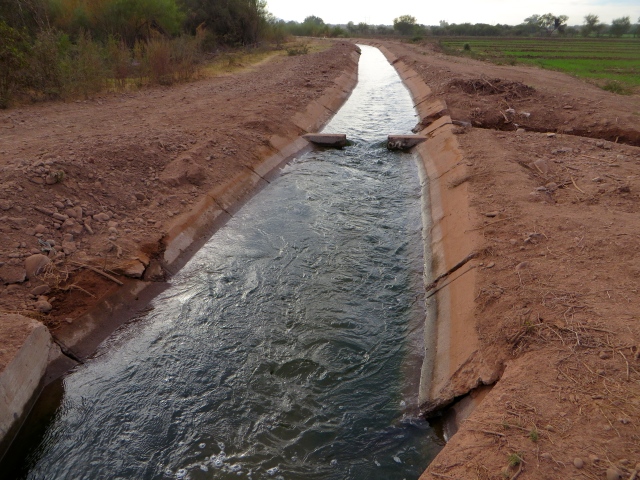 Birders are accustomed to altered landscapes, often hellish, apocalyptic landscapes. Many of us suffer intermittently from a vague mental state my friends and I have labeled eco-despair. But wallowing in despair is a rat-hole, so we keep birding the Apocalypse. It is often beautiful in bizarre ways.

Crested Caracaras, dozens and dozens, perch on the furrows of the unplanted fields, on the banks of the canals, or in low shrubby trees. Others are flying about. They are regal-looking birds canonized on the Mexico coat of arms as an “eagle” grasping a snake. Caracaras are not quite so raptorial in real life. They are scavengers and opportunists, drawn to carrion along with vultures. In this case, the Caracaras are presumably eating grubs and other insects turned up by the tractors.

We are a group of five birders on one of the 2,300 or so Audubon Christmas Bird Counts held over a three-week period in the winter, mainly in the United States and Canada, with a scattering across Latin America. This tradition, sponsored by the National Audubon Society, has been going on since Christmas Day 1900.

The lodestar for the society – and the Christmas Bird Counts – is the 19th-century naturalist and artist John James Audubon. He was a man of prodigious talents and seemingly boundless energy who made his youthful passion for birds and nature a life-long pursuit and profession.

Here we are standing in Borlaug’s tamed landscape looking through our binoculars at birds, framing them in ways that mostly eliminate the Apocalypse. For me, it is something like being in my own fabricated museum looking at Audubon’s original watercolors for The Birds of America. Audubon and Borlaug, two titans in their realms: one captured wildness, the other obliterated it, two birds of vastly different feather.

Birding a patch of brush that has escaped cultivation. (Photo by Lydia Lozano.)

We are on the Christmas Bird Count for the Navopatia Field Station, a small noble nonprofit working to save the last stands of pitaya cactus forest and the mangroves and mudflats in Agiabampo Estuary. I run with small, noble, and local.

The only area that would barely qualify as “natural” is an outcropping of low, rocky hills. But even around these little hills I see where the brush has been recently burned to clear a few more meters for winter wheat. And in the hills there are craters where dirt has been excavated to move somewhere else. The restless moving of aggregate is a defining characteristic of Homo sapiens. Later in the day, at the Agiabampo Estuary, we watch dredging boats pumping mud from the estuary floor through huge hoses that vomit the spoils on shore. It is a brutal scene. We have heard the government-sponsored project is supposed to “improve fishing.”

During the course of seven hours birding the hills, fields, weedy patches along roads, a couple of freshwater irrigation impoundments, a couple of villages, and the sandy shores of the Agiabampo Estuary we record 149 species. Not a bad list for the Apocalypse.

Most of these species are old friends of mine from years of random birding. I’m still surprised at what joy pertains to seeing a bird well no matter how many times I’ve seen it. Joy (of course) pertains to seeing new birds, and one species I am particularly thrilled to see is Bendire’s Thrasher. It is an uncommon and fairly reclusive bird of the deserts of the U.S. Southwest and adjacent Northwestern Mexico. I can remember seeing it only once and briefly a long, long time ago, I think on the outskirts of metro Phoenix.

I am partial to the thrasher family (of which the Mockingbird is a member). They have piercing eyes that give them a part-stern, part-quizzical look; they often pop out of nowhere, shifting quickly from shy to brash, if only momentarily (a behavioral trait I relate to); they are not gaudy, instead feathered in lovely muted colors of brown and gray (one species, the Blue Mockingbird, is a dark, glistening blue-black); and they are great songsters and mimics. Today’s Bendire’s Thrashers – we count five individuals – fill all my thrasher expectations and happiness. I am also relieved that they are easier to distinguish from Curve-billed Thrashers than the guidebooks warn.

And who, I need to remind myself, was Bendire? He was born Karl Emil Bender in Germany in 1836 (later changing his name to Charles Bendire). He immigrated to the United States as a young man where he enlisted in the U.S. Army. He fought in the Civil War and subsequently (like many Union soldiers) against the American Indians. During his wide travels across the continent as a military officer, he pursued a parallel passion for natural history, especially birds and birds’ eggs (his private collection became the core of the egg collection at the Smithsonian Institution). He discovered several new bird species, including the thrasher named for him. I try to picture a man fighting Indians and collecting fragile jewels of eggs from nests.

The final species we record for our count day is an immature Bald Eagle. We had been watching a sudden, frenzied flight of ducks in the bay – usually a sign that a raptor is on the scene – when one of our most eagle-eyed observers (we are a team of various skill levels) sees the perpetrator circle and land on the beach. There is sudden, frenzied behavior on our part as we all try to get good looks at it. Bald Eagles typically eat fish, especially dead fish, but will hunt waterfowl, hence the alarm of the ducks. They are rare to uncommon in winter in Northwestern Mexico. Since the species’ population has recovered dramatically since DDT was banned in 1972, there are probably more Bald Eagles in Northwestern Mexico. However, there is a scarcity of birders in these parts to observe them. I cannot speak for what is in the heads of my cohorts. I am levitating from the Bald Eagle sighting while contemplating a cold beer and hot shower. We pack up the telescopes, wedge ourselves into our vehicle, and work our way homeward through the maze of winter wheat.

Postscript:
Small, local, noble: some great conservation groups working in Sonora:
Navopatia Field Station (www.navopatia.org), organizers of the coastal Audubon Christmas Count we were on.
Reserva Monte Mojino (www.montemojino.org), which owns and manages a large tract of Tropical Deciduous Forest near Alamos. It is part of a larger organization, Natural and Culture International (www.natureandculture.org), working in other parts of Latin America.
Northern Jaguar Project (www.northernjaguarproject.org), a leader in research and conservation efforts to better understand and protect northern populations of jaguar.
Cuenca Los Ojos (www.cuencalosojos), which is dedicated to protecting biodiversity along the U.S.-Mexico border.